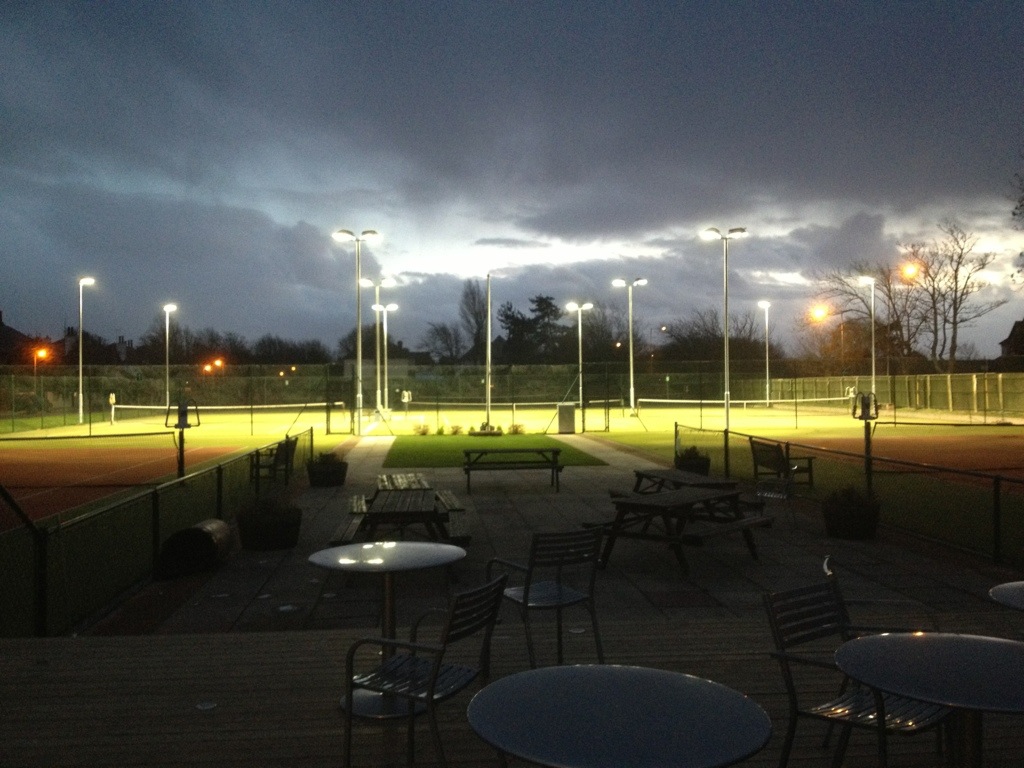 As a member and trustee of Hoylake Tennis Club, Stephen was asked to assist with the proposal to install floodlights on three of the artificial courts to enable more winter tennis to take place.

Bromilow Architects developed a scheme with assistance from Philips Lighting and submitted the proposal to the Local Authority for Planning Approval.

We know panning was not going to be easy as there had been various attempts in the past. There were numerous objections and petitions from neighbours but after attending two planning committee meetings and making presentations on behalf of the Club, planning permission was granted for the lights.

Stephen continued to be involved and obtained competitive quotes from a number of contractors and it is great to see the lights now in operation after being installed by SurfaceLux, a local floodlighting specialist.

Last Wednesday was the official switch on and Stephen was given the honour of hitting the first balls on court. In support of this hugely exciting occasion there were more than 50 members all enjoying tennis under floodlights followed by drinks in the bar and a delicious buffet.

The floodlights are great addition to the club and will help it to go from strength to strength and attract new members and thrive over he coming years.

If your sporting venue needs help with obtaining planning permission for floodlights, then give us a call to chat it through.

This site uses Akismet to reduce spam. Learn how your comment data is processed.

What we have been up to since January